A Jew , A Miracle, And A Mission

Wilhelm Baum, son of a once prosperous Jewish family in Dortmund, Germany came to America one and a half years after Hitler's rise to power. While serving as photographer in the US Air Force, he was invited to photograph a "G.I. Gospel Team" while they gave their testimony at a nearby church. Wilhelm tells of his inner struggles as he hears the gospel message and how he, as a Jew, made the momentous decision to follow Jesus.

Wilhelm shares his fascinating story with us, including his 28 years as a missionary to Japan. He also shared several copies of his book with us when we went out to visit him. He gave them to us, free of charge, so we are giving them out also free of charge, with $4.00 covering the cost of postage and handling.

A Jew , A Miracle, And A Mission 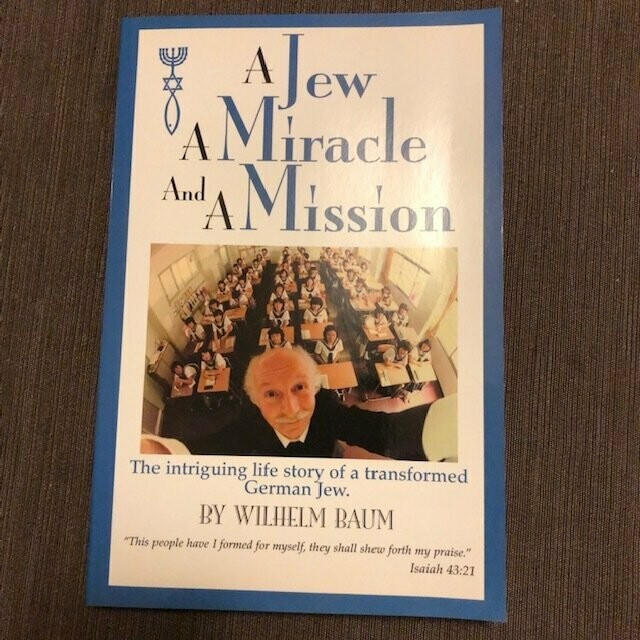